Brief Description: Two of the most popular tools to describe how factors contribute to disparities are mediation analysis (from epidemiology) and the Oaxaca-Blinder decomposition (from economics). In this talk, Dr. Jackson will review their different inferential goals and introduce a unifying perspective under the potential outcomes framework. He will also show how this unifying perspective builds upon both approaches by allowing us to separately consider how covariates are used to define disparities and adjust for confounding of explanatory factors. 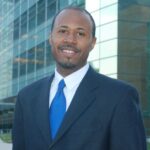 John W. Jackson is Assistant Professor in the Departments of Epidemiology and Mental Health at the Johns Hopkins Bloomberg School of Public Health. Dr. Jackson earned his ScD in epidemiology from the Harvard School of Public Health in 2013 with a concentration in psychiatric epidemiology. From 2011 to 2014, he trained in the Division of Pharmacoepidemiology and Pharmacoeconomics at Brigham and Women’s Hospital as a predoctoral trainee and postdoctoral research fellow, where his work focused on the safety and utilization of antipsychotic medications, as well as methods for comparative effectiveness research. Dr. Jackson’s current research focuses on understanding and reducing the excess morbidity and mortality in patients with mental illness, and uses state-of-the-art methods to provide insight about the effectiveness of potential interventions.

Dr. Dustin Duncan is the new CDUHR Pilot Project and Mentoring (PPM) Core Director. In this session, he will discuss his current research interests, and his mentoring experiences as a mentor and mentee. He will review the services offered by the Core and CDUHR pilot project funding opportunities.

New and early stage investigators are encouraged to attend to ask questions and to make suggestions about services and workshops offered by the Core. 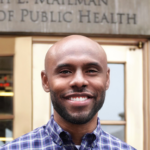 Dustin T. Duncan is an Associate Professor in the Department of Epidemiology at Columbia University’s Mailman School of Public Health, where he directs the Columbia Spatial Epidemiology Lab and co-directs the department’s Social and Spatial Epidemiology Unit. He received CDUHR pilot project funding in 2014 and 2015, which led to subsequent funding by NIDA, NIMH, NICHD, NIAID and the CDC. In 2020, he was the inaugural CDUHR Visiting Scholar.

Dr. Duncan is a Social and Spatial Epidemiologist, studying how neighborhood characteristics and mobility across geographic contexts influence population health and health disparities. His research has a strong domestic focus — including in New York City, Chicago and the Deep South (e.g., New Orleans) — and his recent work is beginning to span across the globe such as in West Africa, especially with Columbia’s International Center for AIDS Care and Treatment Programs (ICAP). Methodologically, his research utilizes an ecologically-intense and a geospatial lens to apply geographic information systems, web-based real-time geospatial technologies, and geospatial modeling techniques. Working in collaborations with scholars across the world, he has nearly 200 high-impact scientific articles, book chapters and books; his research has appeared in major media outlets including US News and World Report, Politico, The Washington Post, The New York Times, and CNN. Dr. Duncan’s work has been funded by the National Institutes of Health, the Centers for Disease Control and Prevention, the HIV Prevention Trials Network, the Robert Wood Johnson Foundation, the Verizon Foundation, and the Aetna Foundation. He currently leads three NIH-funded R01 studies, as well as studies funded by other sources, and mentors K and other awards of junior scientists.

He has received several early career and distinguished scientific contribution, mentoring and leadership awards including from the Harvard University T.H. Chan School of Public Health and the Interdisciplinary Association for Population Health Science (IAPHS). In 2020, he received the Mentor of the Year Award from Columbia University Irving Medical Center’s Irving Institute for Clinical and Translational Research. Dr. Duncan has mentored numerous early-stage scientists, doctoral students, and post-docs who have gone on to attain positions at academic institutions and successfully compete for research funding, including NIH R01-level funding. He thus has a strong perspective on how to ensure junior researchers launch successful research careers. 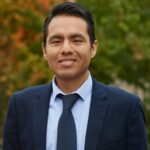 Manuel Cano is an Assistant Professor in the Department of Social Work at the University of Texas at San Antonio studying racial/ethnic differences in outcomes related to alcohol and drug use, with emphasis on drug overdose mortality. 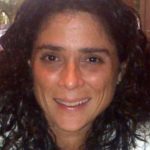 Camila Gelpí-Acosta is an Associate Professor of Criminal Justice at LaGuardia Community College. She co-founded and sits on the Board of a syringe services program in Puerto Rico (El Punto en la Montaña) and is also the Advisory Board Chair of Bronx Móvil, a mobile syringe services program in the Bronx. Her research focuses on the disease and overdose vulnerabilities of Puerto Rican PWID residing in Puerto Rico and NYC.