The number of people infected with HIV each year has declined, however, new diagnoses among certain groups have remained stable or increased.[1] While public health agencies such as the Centers for Disease Control and Prevention recommend that people at risk for HIV should be tested at least yearly, the number of people testing for HIV may have declined in recent years.[2]

CDUHR-affiliated investigator Ian David Aronson has developed and tested interventions to increase HIV testing among patients who originally declined a test in busy emergency department (ED) settings, using tablet computers to screen patients for sexual and substance use risks. The interventions also provide education in an effort to motivate patients to test. A related study piloted an extended tablet-based intervention to include follow-up text messages to increase preventive behaviors among high-risk patients who test HIV negative. 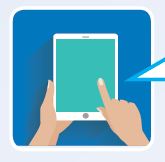 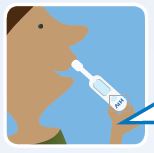 Among the patients who had initially declined an HIV test, 30% agreed to be tested for HIV after the intervention.
Knowing One's HIV Status 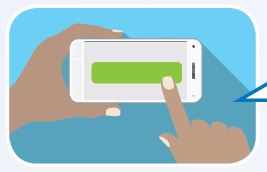 These studies support the use of tablet-based interventions to increase HIV testing  among hard to reach patients in ED settings.  In addition, text messaging may be useful in maintaining ongoing contact with high-risk youth, and extending the benefits of an intervention beyond clinical settings. Increased use of technology can enhance HIV prevention efforts, and potentially increase re-test rates as well.